Last guest night for 2016 sees the welcome return of the four lads who have been friends and companions for many years and given all of us rare and wonderful nights of humour, song and warmth (and of course witty repartee!).
Come along and enjoy!!
Posted by Admin at 13:42 No comments: 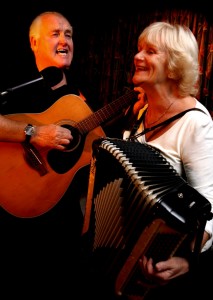 Gary and Vera are old friends of Swinton Folk Club and have played here many times before. Be sure to join us for an evening of fun and laughter!


Get your own valid XHTML YouTube embed code
Posted by Admin at 07:06 No comments:

Anthony John is an old friend of Swinton Folk Club, and his Guest Nights are always a highlight of the club year. Monday 5th September promises to be no exception.


Anthony John Clarke was born in Belfast on 18th October 1956. He started songwriting at the age of nine inspired by the sixties but it was only when he left Ireland and came to England that he pursued his passion for writing with any vigour. Lacking belief in his work he languished in the shadow of others for too long but the creator of "Irish Eyes" and the beautiful "Seven In Ireland" was destined to make a mark on the British contemporary music scene. Living in Liverpool and being managed superbly by Sheelagh McGovern for many years afforded Anthony John the opportunity of performing his songs far and wide. Seven tours of the East Coast of the USA ensured him a small but loyal following there which remains loyal to him to this day. Bookings at clubs up and down the UK and recent developments including the vocal collaboration with Elizabeth van de Waal increased his popularity and made him an established folk name.

There are very few places in the UK and Ireland that Anthony John has not played. His supporters are loyal and many, and the tributes he receives from his peers bear witness to the talent and hard work of one of the folk scene's nicest guys. He retains his reputation as one of the top songwriters on the scene and his hard work and dedication to his craft are a credit to him. For him, songwriting is indeed a craft.

"The songwriter has a responsibility. It's not enough to put a tune to some words or some words to a tune. The song is a vehicle for a notion that the writer has about something. If it wasn't, then the song would have no beginning, middle or end. It's not complicated. The notion is what starts the process and the completed song is the fruition. It invites others into the notion, the idea, the feeling, the celebration, the private moment. And if you can provide a laugh or two along the way it gets my vote."

Monday 4th July we welcomed Geoff Higginbottom back to the club.  It proved to be a wonderful evening from Geoff (as always!) who entertained the  well attended gathering with his wealth of traditional songs and music presented in his own inimitable style. The audience responded by joining in the great choruses and jovial banter!  Thank you Geoff.
Our guest for 1st August, Steve Turner, is known as a pioneer of highly sophisticated English concertina song
accompaniments, stretching the boundaries of traditional forms, with one
of the best voices in the business. He is a multi-instrumentalist, who also accompanies himself on the cittern, and also plays mandolin and banjo.
After a thirteen year break, building up an internationally known stringed instrument business, he made a welcome return to performing in folk clubs and festivals in 2005.
Steve’s 5th album, his first for 22 years "The Whirligig of Time" was long listed for the BBC folk awards in 2008. His 6th album "Rim of the Wheel" was released in spring 2012 and received rave reviews – David Kidman in N.E. Folk Roundabout called it “sheer genius a sure contender for one of my folk albums of 2012” This was backed up by many festival bookings and re-plays on the radio on the Mike Harding Show Radio 2 and Late Junction Radio 3 and a full page article in F/Roots in July 2012.
Steve’s new 7th album “Spirit of the Game” was released in January 2016.

It has been a tradition of long standing that we hold a Shanty Night on the last Monday in June in memory of John Collinge.

John was a stalwart of the club for many years, and enjoyed nothing better than a good Shanty sing-a-long and songs of the sea.

Here's a wee sample, from a Shanty Night a few years ago (I've tried to find one of Feet In Mouths doing the Club's unofficial anthem, 'The Little Pot Stove', but without success.) All the same, here are a few more Club stalwarts raising the rafters in style.

So come to the Club on Monday and help do the same!

Get your own valid XHTML YouTube embed code
Posted by Simon at 04:54 No comments:

Due to unfortunate circumstances REDMAYNE are unable to appear at the club next Monday 6th June and our thoughts are with Dave Pollard.

At very short notice STANLEY ACCRINGTON has agreed very kindly to step in the breach and will be our guest. Look forward to seeing you all to support the amazing Stanley!
Posted by Simon at 03:17 1 comment: 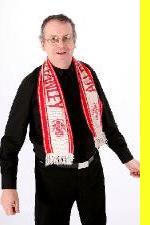 Our third guest night of 2016 will be this Monday, featuring the great Stanley Accrington!


"Stanley emerged from the dark days of the late 1970's and has been terrorising the cultural world ever since.

He has written hundreds of songs in a range of styles on a vast rake of subjects. There are old-style songs on current happenings and modern style songs on ancient events. There are poems, pastiches, parodies, and possibly anything.

Apart from the silly and very silly material, Stanley has always been writing serious songs to confuse the situation further.

Stanley has been performing all over UK and occasionally beyond at a wide variety of locations and events. The pigeon-hole to put this stuff in is 'miscellaneous-ish'."

Get your own valid XHTML YouTube embed code
Posted by Simon at 23:44 No comments: